By the end of form three work, the learner should be able to:

You did not find what you wanted? Worry not. Just search for more notes and other learning/teaching materials, below. Simply type in the box below and click on the search button.

Organisms are classified into five kingdoms.

Viruses do not fit neatly into any of the above kingdoms.

Examples of Organisms in Each Kingdom and Their Economic Importance

Economic importance of bacteria Benefits to man include:

Spirogyra: They have spiral chloroplast.

These include mosses and liverworts.

These include ferns and horsetails.

This division is based on:

The class is divided into several orders based on:

The main classes of phylum chordata are;

Construction and Use of Dichotomous Keys

Some Common Features Used for Identification

(a) Compound leaves. (b) Type of venation.

A mature twig of either cypress or pinus with cones is obtained.

A mature bean plant with pods is obtained,

A mature maize plant is obtained.

The differences in the following are noted:

Factors in an Ecosystem

Energy Flow in an Ecosystem

The number of marked ones is also recorded:

The total number T can be estimated using the following formula:

The following assumptions are made:

Adaptations of Plants to Various Habitats

Effect of Pollution on Human Beings and other Organisms

Effects and Control of causes of Pollutants in Air, Water and Soil

Effects of Pollutants to Humans and other organisms

The bacteria produce a powerful toxin, enterotoxin, that causes inflammation of the   wall of the intestine leading to:

Effects of Ascaris lumbricoides on the host

Effects on the host

Comparison of Root nodules from fertile and poor soils

REPRODUCTION IN PLANTS AND ANIMALS

There are two types of cell division:

Structure of a flower

After fertilisation the following changes take place in a flower:

Methods of fruit and seed dispersal

There are two types of fertilisation. External and internal.

The female reproduction system consist of the following:

The male reproductive system consists of the following:

Examining the stages of mitosis

Examining the stages of meiosis

To observe the structure of Rhizopus

To examine spores on sori of ferns

Dispersal of fruits and seeds

Concept of Growth and Development

organism resulting into an adult that is more complex and efficient.

For most organisms when the measurements are plotted they give an S-shaped graph called a sigmoid curve such as in figure .

and finally slows down as adult size is reached.

A sigmoid curve may therefore be divided into four parts.

(i)   The number of cells dividing are few.

(ii)   The cells have not yet adjusted to the surrounding environmental factors.

(ii) Cells having adjusted to the new environment,

(iii)  Food and other factors are not limiting hence cells are not competing for resources,

(iii)  Environmental factors (external and internal) such as:

limited acquisition of carbon (IV) oxide as in the case of plants.

This is due to the fact that:

To measure the growth of a plant

seeds in your plot).

4.2 Growth and Development in Plants

Structure of the Seed

Factors that Cause Dormancy

The results obtained were as shown in the table 4,2,

To investigate epigeal and hypogeal germination

regard to the soil level.

Carefully uproot one or two seedlings from each set.

Growth and Development in Animals

Growth and Development in Insects

Development in a Housefly(An example of complete metamorphosis)

Development in a Cockroach(An example of incomplete metamorphosis)

Role of Hormones in InsectMetamorphosis 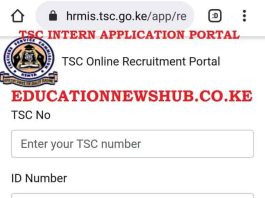 How to apply for the advertised TSC replacement vacancies at TSC... 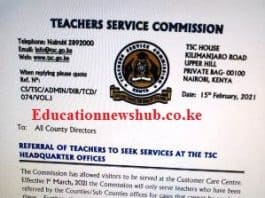 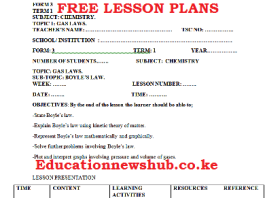 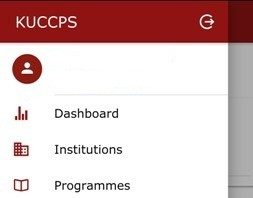 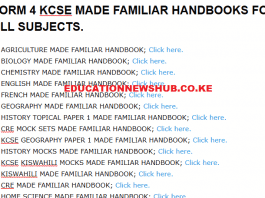