Civil servants, Teachers have been advised to go for wellness check-ups at least once annually to enable them know their health status.

Speaking with KNA during a free wellness check-up tests organized by Mediheal Hospital for civil servants based at the Uasin Gishu County Commissioners headquarters in Eldoret, Kamau said it was unfortunate that many Kenyans do not pay keen attention to their health until when they were seriously ill.

“Civil servants should utilize their annual medical check-up entitlement that is covered by the National Hospital Insurance Fund (NHIF) so that those with health issues could be diagnosed early,” he encouraged.

He added that the hospital approached the County Commissioner’s office to do a very simple medical check-up for national government officers within the county, the tests included obesity index, blood sugar and blood pressure checks.

“We have decided to bring this check-up here so that government officers can be able to check on their vitals before they become worse,’’ he said,

During the three-day exercise more than 800 officers were reached, and according to Kamau quite a number of those checked had sugar issues that they didn’t know about and were referred to hospital for more tests, advice and management. “blood sugar levels should range between 3 to 7.5, but averagely a normal person should be at level 4.5,” he said.

The medical camp was also used to create health awareness to the government officers, Kamau said, adding that any Kenyan above 18 years should strive to do health wellness tests annually.

The hospital will do a follow up for any of the officers found with underlying health conditions.

Kamau said as part of their Corporate Social Responsibility (CSR), the hospital was also planning to conduct other check-ups at the Uasin Gishu County Assembly, Coca-Cola Company and at Eldoret Water and Sewerage (ELDOWAS) company.

Kamau expressed gratitude for the immense support from the County Commissioner’s Office for allowing the hospital to conduct the activity around its premises.

How to apply for TSC internship vacancies online at https://hrmis.tsc.go.ke/app/recruitP/ 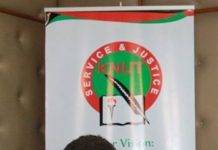 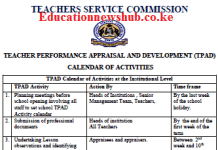 TPAD 2 Calendar of Activities at school Level per term 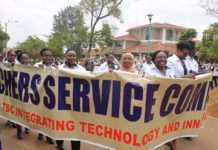 TPD Modules Advert for teachers (Requirements, how to apply, intakes) 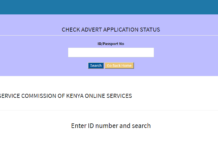 Processing status of 2019 adverts for TSC internship, redeployment and promotions vacancies; How to check status of tsc posts for which you applied, online 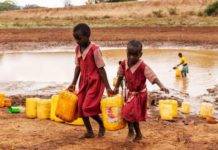 How to apply for TSC internship vacancies online at https://hrmis.tsc.go.ke/app/recruitP/