13(a) Reasons for the Bantu migrations into Kenya in the Pre-colonial Period.

and order at grassroots.

– There was a very strict chain of command.

15.(a) The immediate causes of the MAU MAU movement:-

Any 2 points, 1mark each

(c ) The role of Political in Kenya’s development:

N/B The Chronology must be checked.

(b) Main reason for the creation of new administrative units in Kenya:-

13.(a) State three factors which have facilitated industrialization in the third World since Mid 20th.

14.(a) Give three factors for the development of trade between the West African Coast and the

13.(a) The factors which have facilitated industrialization in the Third World since Mid 20th.

(c) The economic impact of the Trans Atlantic trade:-

15(a) Reasons for Samori Toure’s resistance against the French Colonialists:-

16.(a) Reasons for early Agriculture in India:-

17.(a) The three gods according to the MAYA of Central America:-

(b) State the conditions necessary for one to qualify to be elected as a member of parliament.

–    Their country was hilly, rocky and dry therefore they were able to relocate their

animals and  homesteads as soon as they sighted the British.

(b) Role of the council of elders among the Kenyan communities during the pre-colonial period.

(b) The characteristics of Coastal towns by 1500.

(b) African leaders who were detained with the declaration of a state of emergency in Kenya.

(b) Identify six categories of people whose personal liberty is limited.

(b) What is the role of KANU in government?

–       Availability of  reliable source of water from the river Nile

(b)    The results of urbanization in Europe in the 19th Century.

(b) The impacts of railway transport on society.

17(a)  Methods used by the European powers to occupy Africa during the 19th Century.

were in great demand at the coast.

and  nomination of other African leaders to the Legco.

only be used during the day.

–     Invasion of the settlement by the Oromo (Galla).

–   Through the influence of Arab and Swahili traders who were muslims.

administrators and soldiers to administer her overseas territory.

feelings for their country. They become proud of it and they are ready to defend it.

–   Through creation of tribal  Geographical divisions

–     Bilateral aid – Money given by other countries

–     Encouragement of music and drama  festivals in schools

–   They were militarily strong -had strong warriors who were well equipped. The army was

–     He reduced custom duty hence many  traders were encouraged to come

–     The sudden  recall of Sir Edward Northing also favored them

of  the Africans and those of emigrants

–     They began after the first world war

17.a).  Reasons as to why it is important to have national unity in Kenya.

–     Tribalism /nepotism /racism – all these forms of discrimination create  bitterness,

suffering which in the long run can lead to war ,suspicion and injustices.

without fear of either the executive or the legislature.

martial courts ( order must be followed)

and  expansion in Africa. 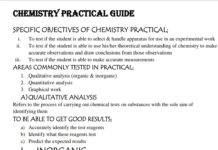 HOW TO EARN 19-20 MARKS IN A KCSE IMAGINATIVE COMPOSITION

AGRICULTURE REVISION BOOKLET FOR ALL TOPICS

CRE free lesson plans for all topics (Form one to four)