The Presiding Officer shall adhere to the following steps before counting;

Persons allowed in the Counting Room

The counting and announcement of votes shall be done in the following order:

N.B : The opening, counting, filling of forms, packaging, sealing of ballot box and announcement of election result for an elective position shall be completed before commencing the next elective position.

This is a ballot paper which does not qualify to be a vote because:

This is a ballot paper which does not qualify to be a vote because:

Settlement of disputes during votes counting at the Polling Station

How to register as UDA, Hustler Movement, Life Member

Governor Aspirants Who Should Not Be Elected 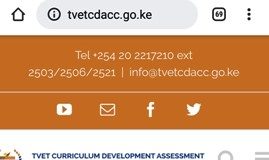