One day in 2016 Kevin Wachira noticed a man hawking boiled arrow roots and tea along the dusty streets of Nyeri town.

But days later Wachira came to realize the undertaking could actually be worth the trouble and a thought came in his mind, “Why not try my hand in such a business and see where it would lead to?”

At the time Wachira was hawking shoes but the proceeds from the venture was too little to even cater for basic needs. He decided to take the challenge.

“Prior to starting this business of selling boiled arrow roots and sweet potatoes, I was hawking shoes although I was making very little profit. Then one day I met this man who was hawking tea and arrowroots within Nyeri town and after mulling the idea of trying my hand in the venture I decided to actualize the idea,” he narrates.

And from that day and armed with a paltry Sh 2,000 savings from his shoe business, Wachira decided to shift to arrowroot business. He reasoned that unlike shoes that one rarely buys on a daily basis, food is a daily need that one cannot do without.

“With little luck I thought I might end up making a steady source of income that would help me raise my young family,” he went on.

Now, close to six years down the line, the father of two has every reason to smile at the gamble he took. Anyone walking along Gakere road adjacent to the main Nyeri Bus Park cannot fail to notice the trader strategically in a corner with a giant sufuria of boiling tubers atop a big metal charcoal stove.

“This business has been a great success since I quit selling shoes. With proceeds from this work, I have managed to build a decent house for my family. Moreover, I have been able to open another shoe business which is currently being operated by my wife. Indeed, it feels great to run a business without having to look up to someone as your boss,” he quips, a broad smile lighting up his dark face as he cheerfully serves his customers.

For those who wish to carry the tubers home to cook for themselves, there is always a ready sack full of them nearby.

On a single day, Wachira usually sells two sufuria’s of arrowroot with a single tuber ranging between Sh50 and Sh100 translating to around Sh8, 000.

With a single sufuria of the arrow roots costing him Sh1,500, it means in any given day, the business man rakes in at least sh. 5,000 in profit. A tidy sale for such a humble occupation.

Apart from having made the right choice, Wachira attributes his success to his loyal clients who he says have never disappointed him.

Previously, work was challenging since he did not know much about the new market, but within a short time he learnt and adapted to his new business environment with amazing ease.

In addition, the many hide and seek games he used to play with county government askaris during his early days as a hawker have now ceased.

“I have never had a run in with the County government of Nyeri since I began running this business. As long as you adhere to the set-out rules by the county authorities, trouble with Town Inspectorate officials will never be your portion,” he admits.

His advice to young people, especially graduates, is to start their own businesses rather than depend on elusive white collar.

Wachira has nevertheless urged the government to economically empower the youths willing to become self-employed by offering them incentives and resources to realize their dreams.

“The government needs to come out and support the youth not only with funds to start their businesses, but also by providing technical know-how on how to manage them. Many young people venture into businesses, but end up suffering depression after their dreams go up in smoke. These challenges could be avoided were such persons given adequate financial literacy lessons before they settled down on what they wanted to do,” he concludes. 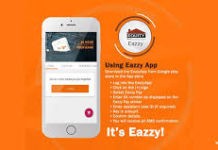 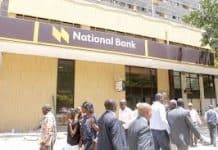 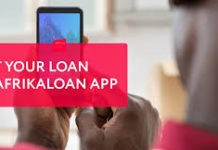 Africaloan Kenya loans mobile loans; How to easily get and repay the loans

Why you should join Sauti Savings and Credit Savings Sacco 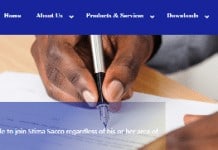 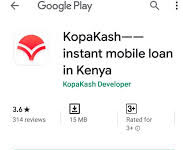 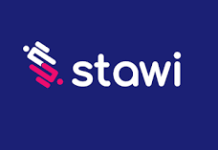 Best Platforms to Boost Your Skills in 2022

Meet the female barber who makes Sh2,500 in a day