1.Define; BVR, IEBC, IEDS
2. State six elective positions
3. Identify four core values of IEBC
4. In two sentences explain how u can assist IEBC to ensure a fair and credible elections.
5. Identify five key activitiest that take place prior to the election.
6. Highlight the duties and responsibilities of a clerck.
7. Who is incharge of a polling station.

4. Being just, being fair And commited

6. Marking layout to voters, issuance of baLlot papers to voters, counting, cleaning the station, taking other duties assigned by the presiding officer,

*Role of a Presiding Officer*

• controls the admission into the polling station;

• controls the flow of voters in the polling stations;

• administers the oath of secrecy to voter assistants;

• briefs the agents on their roles and responsibilities at the polling station before polling starts;

• provide information on the number of registered voters and voter turnout at the polling station;

• regularly updates the Returning Officer on the voter turnout and any other emergencies;

• signs the official results declaration forms in a polling station;

• transmit result electronically to the national and constituency tallying centres;

• hands over the official results to the Returning Officer at the constituency tallying centre;

• performs any other duties assigned by the Returning Officer.

IEBC Voter Verification 2022 – How to verify your voter details

HOW TO CONFIRM ODM MEMBERSHIP ONLINE

How to register a political party, requirements

Where to get All official information about 9th August General Election

TSC P9 Form from Payslips Portal: How to download and use...

TSC advertises 431 replacement vacancies for teachers who exited service in... 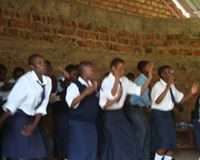 How to Write a 1000 Word Essay Fast: AffordablePapers.com Review