The Ministry of Education wishes to clarify that junior Secondary School will be offered in both boarding and day secondary schools across the country under the Competency Based Curriculum (CBC).

All the existing boarding and day secondary schools will admit learners transiting from Grade 6 to Grade 7 under CBC based on guidelines to be provided by the Ministry.

At the same time, the Ministry has identified 1,500 primary schools that will host junior secondary school because they have adequate learning and teaching facilities and land for physical expansion. Some of these schools will be developed further to have full-fledged secondary wing in the future.

The Ministry has also consulted and advised private schools especially in urban areas to set up stand-alone junior secondary school to provide chances for learners to transition from primary to secondary level.

Implementation of CBC and transition from primary to junior secondary and later senior secondary school is based on the recommendations of the Taskforce that was appointed by the Cabinet Secretary for Education, Prof George Magoha, in 2019 and which concluded and handed over its report to President Uhuru Kenyatta in February, 2021.

To ensure effective and smooth transition, the Government is constructing 10,000 classrooms in schools across the country. In addition, the Government has rolled out training for secondary school teachers to prepare them to handle learners who will be transitioning from Primary to Junior Secondary School next year.

All these preparations will ensure that all learners in Grade 6 transition smoothly to Junior Secondary School next year.

The Government wishes to assure all Kenyans and especially learners, parents and teachers that implementation of CBC is on course and that systems and structures for the transition from Primary to Junior Secondary are in place. 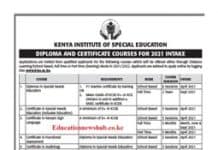 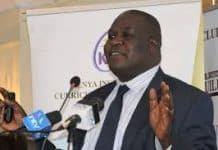 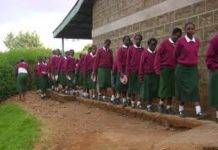 How to download the 2021 form one admission letters for all National, Extra County, County and Subcounty Secondary schools and details; The education Ministry...

Education Ministry to close all schools that do not meet requirements

Universities get funding from Education Ministry