A 14-year-old girl is nursing serious burn wounds at Nyahururu level 4 hospital which she sustained during ‘academic fire’ celebrations after the Kenya Certificate of Primary Education (KCPE) examinations.

The girl identified as Stacy Wangui from Nyahururu Town-View Academy is said to have cleared her KCPE exams alongside her classmates and later on Wednesday evening, they set up some fire to burn their books.

According to sources in the school, the girl fell onto the fire sustaining serious burns on both hands and her whole face such that she can’t open her eyes.

The victim’s mother, Esther Wambui, says she had gone to pick up her daughter today from school having completed her exams on Wednesday only to be met by the sad news at the school.

The mother has also faulted the school’s administration for failing to inform her about her daughter’s incident until she arrived at the school.

“I was in school in the morning and the school administration told me nothing. It took the intervention of my daughter’s classmates to know what happened. We arrived at school and my daughter had not been treated. I want the government to help me get justice. There is no teacher that is willing to even visit us at the hospital and know the progress of my daughter,” said the mother.

“The school is telling me that they had a bonfire to mark finishing school at 2 am. We are wondering why they let children be out at 2 am. Why would they even burn books? That is negligence and the school should be held accountable,” added Wambui.

Dr Hanes Mureithi of Nyahururu level 4 hospital has said that they’re doing their best to manage the burn wounds.

“We received the girl with first-degree superficial burns on her wrists and the right side of the face. She also had some charcoal particles in her eyes. We are trying to contain her situation but we have referred her to an optician because she cannot see clearly at the moment,” said Dr Mureithi.

The victim’s parents are calling on the government to ensure that justice is done for their daughter and that the school administrators are held culpable.

The school administrators have agreed to collaborate with the victim’s parents until the victim is released from the hospital. 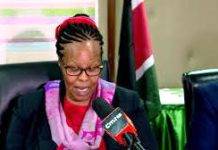 KCPE, KCSE candidates will be safe during the National Examinations season- Government says

KNEC instructs schools to correct errors on candidates’ photo albums; Procedure on how to effect the corrections 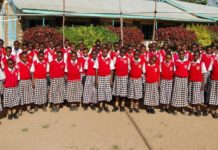 A death Certificate; How to get it & requirements