Plans by Education Cabinet Secretary, Professor George Magoha, to reopen schools have been opposed in the corridors of justice. This is after two Homa Bay based activists moved to court on Wednesday to block the reopening of all public and private schools.

The activists, Evance Oloo and Michael Kojo, in their petition say many schools are ill prepared and the rushed reopening of schools will expose learners to the risk of contracting the deadly corona virus disease. They argue that the schools have not been primed for reopening since some were used as covid19 isolation centres.

“Opening schools now can expose pupils (learners) to unprecedented danger.. The Ministry of Education is acting against the Public Health Act by issuing health guidelines on school reopening instead of letting the Ministry of Health do so,” the two argue.

In the new calendar learners in Grade 4, Class 8 and Form Four will begin their 2020 second term on Monday, 12th October, 2020. The term will last for 11 weeks and the closing date has been set to be December 12, 2020. The term has been shortened from the previous (normal) duration of 14 weeks.

Half term break for second term has been scrapped off and just like it has been the norm in third term learners will stay in schools throughout. This is in a bid to recover lost time.

In the case that was filed before the Homa Bay based Senior Principal Magistrate Obutu Thomas, the two argue that the Cabinet Secretary has no powers in law to alter the schools’ calendar. It is the prerogative of the National Assembly to change the school calendar that usually starts in January of every year.  They now want schools to reopen in January next year, 2021.

The case that has been certified as urgent will be heard on October, 21, 2020; which will be a over a week from the announced reopening date of October 12, 2020.

Kenya National Union of Teachers, KNUT, Secretary General Wilson Sossion has supported the move by the CS to reopen schools; saying learners are more safe at schools than at homes.

“Children are safer in school than at home. We have seen this debate. And as a Union, we have agreed, children should go back to school as early as possible. Covid will not go away, it is here with us and we have known how to manage it. And teachers safety has not been clearly guaranteed by the government. So far, there’s no expressed assurance of teachers safety in school and how they will access free and affordable quality healthcare in an event  they are hit with the virus,” Said Sossion on Monday.

“The time to re-open schools is Monday, 12 October…. We can assure parents that the students will be safe as necessary preparations have been put in place…. Kenyans should not imagine that schools will be free from COVID-19. The disease might occur. Schools have been linked with a medical facility in case a situation arises Teachers must be trained on how to handle the disease and manage students,” he added.

But some parents remain pessimistic on the move by CS Magoha to reopen schools this year; arguing that they have been caught unawares and that they had prepared to take their kids back to schools in January next year.

In  rejoinder, the High Court in Nairobi, has ordered CS Magoha to urgently convene a stakeholders’ meeting to reach an agreement on a dispute concerning schools’ reopening. This follows a petition by a parent, Joseph Enock Aura, who challenged the government’s decision to close schools till January next year. Mr Aura wanted the court to compel the Education ministry to reopen in-person learning institutions and schools from September 1, 2020.

Justice J.A Makau on Wednesday directed CS Magoha to invite the parties in the petition and stakeholders within the shortest time possible to reach a settlement on the issue of reopening of schools, on what conditions and when and report to the Court on or by 14th October 2020. 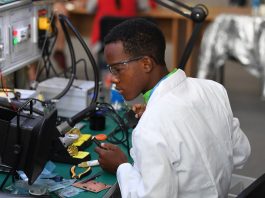 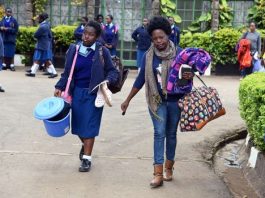 Parents worried that their kids will be infected with covid19 at...

All Schools told to buy rice from the Kenya National Trading... 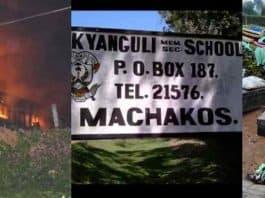 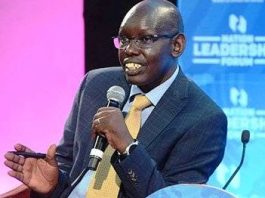 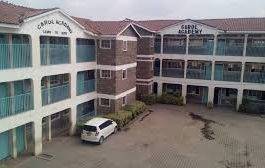