Selection of junior secondary schools by Grade six learners has been extended by 10 days to avoid locking out any learner from the process, Education Cabinet Secretary Prof. George Magoha has announced.

Magoha said the decision was made to help some learners who were yet to make their selections despite the set August 30 deadline approaching fast.

The CS encouraged students to take advantage of the extension and ensure they are not locked out from the crucial process.

“We have had some hiccups in the process and that is why we have extended the registration to September 10. If your child will not have selected a school of their choice by then, then, it will become your own problem. I want to encourage those yet to select to do so before the deadline,” said Magoha.

The CS advised parents to guide their children in the schools’ selection exercise saying that some of them miss admission to good schools because they only concentrate on a few top schools.

The registration process began early this month and is being done in the Kenya National Examinations Council (KNEC) application portal.

The CS at the same time said most of the pupils in private primary schools will remain in those schools for next level for another three years since the Ministry had established that they have conformed to the set standards.

He said the private schools hosting junior secondary school would ease the pressure on public schools.

“Unless the parents choose otherwise, the majority of children who are in private schools and their parents want them to remain, will be able to do so,” the CS said.

Magoha at the same time warned school heads who have been sending learners home to collect school fees balances that stern action will be taken against them.

This comes as some parents have been complaining that some school heads have been sending their children home to collect school fee balances despite the Education Ministry’s directive against the same.

Schools’ reopening plan: How to share and make your thoughts count 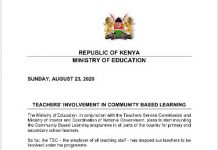 Circular by education Ministry to teachers on Community Based Learning, CBL 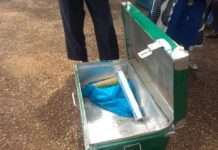 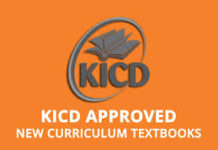 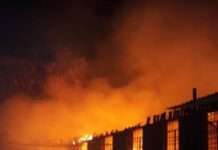