The government will be rolling out the new pension scheme for all teachers and civil servants on January 1, 2021. All employees in the formal sector are expected to contribute 7.5% of their monthly basic salaries towards the statutory pension scheme.

The new scheme, known as the Public Service Superannuation Scheme (PSSS), will see a monthly collection of an excess of Sh3 Billion.

The contributory pension scheme for the public service will replace the  current Defined Benefit ‘Pay-as-you-go’ arrangement.

WHO WILL BE COVERED BY THE NEW PENSION SCHEME

The scheme will cover all employees of the Public Service who are recruited through:

HOW THE PENSION SCHEME WILL WORK

As opposed to the current pension scheme (where the government shoulders full payment responsibility), in the new scheme both the employer and employee will contribute equally.

This scheme is portable and allows employees to transfer their services to other employers without losing their pension benefits. Employees who for any reason exit Government service before the retirement date, will be allowed to access their own accumulated contributions and a further 50% of the Government portion on leaving service.

Under the new scheme, monthly contributions by employees of up to 30% of their basic salary or Kshs. 20,000 whichever is lower will be tax deductible. This means that the contribution is deducted from the salary before tax is calculated. This in effect reduces the tax level and improves the pay of an employee as well as avoiding double taxation of pension contributions and pension payouts.

The proposal for the contributory scheme was passed by the Cabinet in 2003. At this time there was growing concern that the pension wage bill had continued to rise making it unsustainable in the future.

An actuarial study conducted in 2004 had found that the pension liability had reached Ksh 271.2 billion representing a 25% of the GDP at the time. A later study conducted in the Year 2013 established that the pension liability was almost hitting 1 trillion mark and getting out of control. To rescue what had become an imminent time bomb, the delayed pension reforms particularly the adoption of a contributory pension was considered the only option available to the Government.

During the recent National Wage Bill Conference held in November last year (2019) under the auspices of the Salaries Remuneration Commission (SRC), the cost of the pension liability was laid bare.  The pension wage bill that rose from Kshs. 27.9 billion in the Financial Year 2013/14 to Kshs 86.7 billion in 2019/2020 is projected to cross the Kshs. 100 billion mark in the current Financial Year 2020/21.

On 24th November 2010 the National Treasury issued a policy circular that largely set in motion the trend towards the harmonization of pension policies for public sector workers, with the introduction of some pre-funding or fully funded complementary pension schemes.

This process has been driven mainly by the necessity to alleviate the fiscal burden imposed by relatively generous public employees’ pension schemes, enhanced labour mobility and the desire to build more equitable and financially sustainable social security systems.

Building on this policy position and reflective of previous attempts of reforming the public pension sector, the Public Service Superannuation Scheme Act, 2012, was assented to on 9th May 2012.

The Act established the contributory Public Service Superannuation Scheme (PSSS) to provide retirement benefits to public servants. The law requires that the Cabinet Secretary appoints and gazettes the commencement date of the scheme; which shall now be 1st January, 2021. 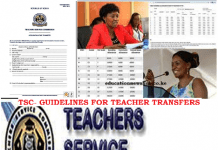 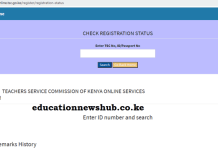 How to check your TSC number online 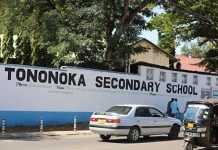 TSC salary and allowances for a newly employed teacher

Teachers to be retrained on the following areas- TSC announces