Are you looking for a list of the best Saccos in Kenya? According to the latest payment rates data,Stima Sacco Society is ranked as the best Sacco in the Country. Police Sacco and Mwalimu Sacco rank in the second and third places, respectively.

This ranking is per the Saccos interest rates paid on Customer Deposits and Payout of Dividends on Share Capital.

Membership is open and any Kenyan citizen is eligible to join Stima Sacco regardless of his or her area of residence.

Stima  Sacco is currently ranked as the best performing Sacco in the country.

The Kenya Police Sacco Society was registered on 20th November 1972, under the Cooperative Societies Act Cap 490 of the laws of Kenya. It had to wait till June 1973 for it to roll out its operations. It draws membership largely from the disciplined forces.

The Kenya Police Sacco Society is the ranked as the second best Sacco in the country.

This is another teacher owned SACCO that has posting impressive and consistent performances over time.

Here is the full list of the top 10 SAccos in the country; 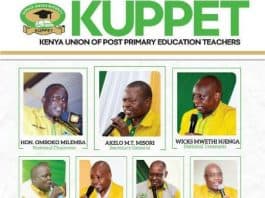 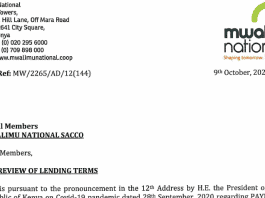 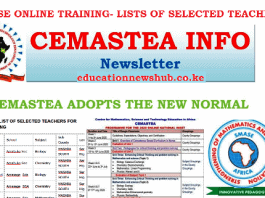 SMASE list of teachers for 2020 online training per county; Kisii...