The Ethics and Anti-Corruption Commission, EACC, has kick started the process of probing on claims of unethical conduct by Education Cabinet Secretary Professor George Magoha. The Commission has since summoned Uasin Gishu Education director Gitonga Mbaka to record a statement.

“The Commission pursuant to its Constitutional and Statutory mandate as set out inter alia under Article 252(1) (a) (d) officers the Constitution, Section 11 of the EACC Act, 2011 and Section 4 (2) and 42 (10) of the Leadership and Integrity Act, 2012, is investigating allegations of unethical conduct touching on the Cabinet Secretary Ministry of Education regarding an incident that occurred at Langas Primary School, in Eldoret Town on or about 6th November,2020 during a tour of the school.” Reads a letter by Mark C. Ndiema who is the Deputy Regional Head-North Rift.

CS Magoha was caught on camera, a few weeks ago, hurling abuses to the education officer.

In the memo sent to Mr. Mbaka, he is to record a statement so as to assist in gathering evidence that can be used to open charges for CS Magoha.

“The Commission has reason to believe that you have information that may assist in this investigation and would like to shed light and record statement on the matter.
To this end, you are invited for interview and statement recording at EACC North Rift Regional Office, Eldoret.” Adds the communique.

CS Magoha has at the same time been stripped off powers to manage human resource in the Ministry. 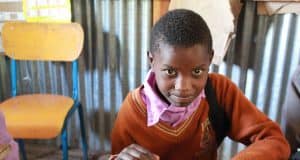