An interdiction letter is given to a teacher during the TSC discipline process. After investigation has been carried out on allegations against a teacher, a report should be written. It should specify the action to be taken against the teachers e.g  show cause letter, warning, interdiction (give relevant details of the offences)

The interdiction letter should be in the prescribed format as provided in the TSC Code of Code and Regulations for Teachers, CORT.

Only the designated TSC officers  shall interdict. The Secretary to the Board shall only interdict after he/she has been authorized by a minute of the full BOM.

The interdiction letter should be forwarded to the TSC Headquarters with certified copies of all supportive documentary evidence and the investigation report/minutes of the BOM duly authenticated by the investigating officers should accompany it.

The interdiction letter should have the correct and complete information; including the charges. For example, in case of immoral behavior the charge should include the name, class of the student, admission number of the pupil; date time and place the offence took place.

Whereas for chronic absenteeism, the dates of absenteeism should be tabulated.  When a teacher is absent he/she automatically neglects his/her duties so you need not add a charge on negligence.

In case of mismanagement/misappropriation, the amount involved and the period in question should be indicated on the interdiction letter.

The teacher of interdiction reads;

‘I am directed by the Teachers Service Commission to say that, it is alleged that you have breached Clause …………of the Third Schedule of the Act in that you……… ……….

consequently, you are hereby interdicted with effect from… …… …(date)

Before the Commission proceeds to consider and determine your case: –
l. You are invited to make a defense statement/Response to the Commission in writing
within 21 days from the date of this letter;
2. You will be given an opportunity to be heard by the Commission in person;
3. Indicate the nearest TSC Sub-County office where you will be required to report
once a month;
4. Present any other evidence including documents in support of your case;
5. Vacate office and continue to be away;
6. Provide your contact address, email and telephone number;
7. Forfeit your annual leave”.

The letter is Copied to: –

WHAT CAN CAUSE TSC TO REVERSE A TEACHER’S INTERDICTION

Irregular and faulty interdiction can lead to loss of the case against a teacher by default. Some of the scenarios include those interdictions done by: 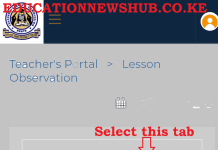 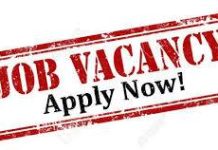 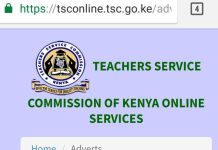 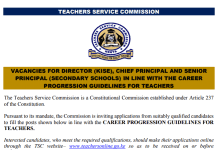 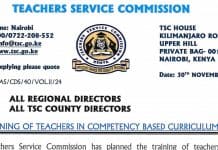 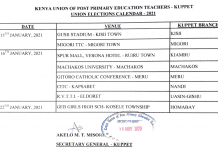 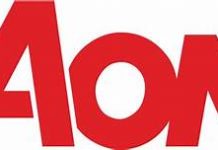 How to create a lesson observation request on TPAD 2; Lesson...

How to apply for the advertised TSC vacancies online at the... 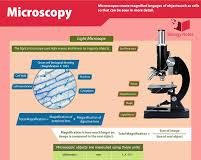 Biology KCSE Past Papers and all marking schemes free downloads