The Education Ministry has come out to respond to news  being circulated on Social media on ‘university uniforms’. According to the news that has now been termed fake, university students are to wear uniforms.

This is the response from the education ministry; ” (The) Public MUST ignore this cheap propaganda on social media. CS Magoha has never said this anywhere. Photo (see below) was taken during his vetting in Parliament where he said nothing like this. How low can malicious people get in their desperate attempt to muddy a shining public servant?”. Here are some of the reactions;

Hon. Abdikadir Aden; ‘If it’s true as reported that Prof Magoha (our CS for Education) wants University students to wear uniform, no doubt he must be mentally unstable. The Prof has been throwing wild allegations lately. An urgent psychiatric test is necessary in my view.’

Abdullahi Yusuf; ‘I think the professor wants to see how power tests. Just last months, some MPs accused him of running the Ministry of Education like military. He wants to be seen as hardworking guy, but chose the wrong mode.’

Calvince; ‘Is Magoha normal?? University students should wear school uniforms???This is why people need to retire…’

Emmer; ‘Prof George Magoha should know that The earth spins slightly off its axis due to the combined gravitational pull generated by the gigantic balls of striking comrades. Don’t test comrades patience with this shit Uniforms.’ 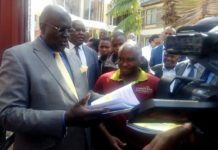 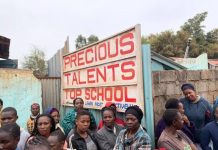 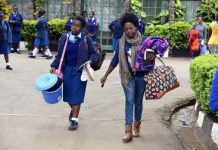