The Kenya Union of Post Primary Education Teachers (KUPPET) will be conduct general elections in 2021. This is per its constitution that requires that Branch and National officials be elected after every five (5) years. Already, the union has released the 2021 election dates and venues per County Branch.

Below is the official 2021 Kuppet elections calendar for all branches; 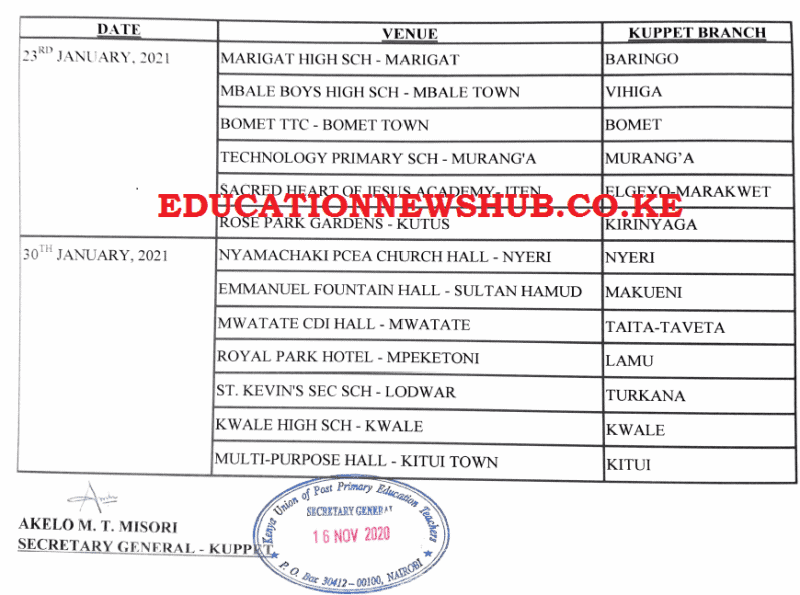 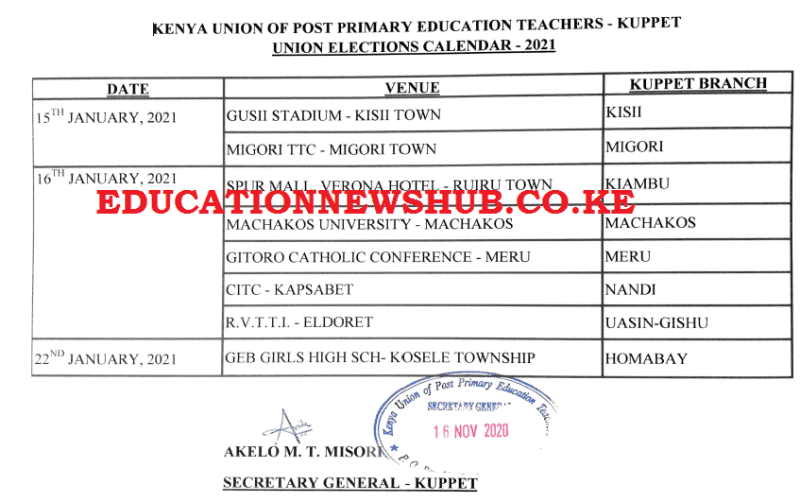 ELIGIBILITY FOR NOMINATION AS A CANDIDATE IN THE ELECTIONS

For one to contest for any of the elective posts, he/ she must meet the following conditions:

If you are an aspirant then you will need to fill the nomination form below;

To be allowed to vote, you must meet the following requirements: