The Football Foundation for Africa (FFA) has launched the Africa Football Business Summit (AFBS) 2022 during a two-day summit dubbed ‘transforming our game’ being held in Nairobi.

Mr. Anthony Baffoe who is a representative from the Federation Internationale de Football Association (FIFA) and the chief guest urged the football stakeholders present to create impact to the next generation as much as football is concerned.

Baffoe congratulated the Africa national teams that will be participating in the World Cup 2022 in Qatar which include Ghana, Senegal, Tunisia, Cameroon and Morocco saying that it takes hard work and discipline to reach that level.

He said that the goal of Kenya is to participate in every Africa Cup of Nations (AFCON) urging them to develop domestic leagues minimum wages and to insure players so as to empower and encourage them to play football.

“I believe there is a lot of work to do because the talent is there, all that remains is to empower players by making sure they have medical cover,” added Baffoe.

Baffoe who was born in Germany with a Ghanaian background said that he is aiming at passing his Africanism to the next generation and to empower them to embrace African football.

“I believe in Africanism and the upcoming generation in working towards embracing football in Africa,” said Baffoe.

He asked Kenyan teams to apply for FIFA funding, ensure knowledge transfer by having good coaches and to learn from greater clubs.

“I urge you to apply for FIFA funding. FIFA cannot fund individual teams because they have to agree with the country’s football federation, in this case Football Kenya Federation (FKF) needs to pull strings towards identifying and solving issues that disqualify them from receiving the funds,” said Baffoe.

He asked football Kenya to emulate Kenya athletics in working together and to look at the grassroots where the talent is.

Speaking on football for women, he asked the stakeholders to empower them so as to nurture their talents and take them to the next level.

He sent a message to the active footballers and to the legendary ones to make sure they work on their education.

He urged the media to report local football, market local teams and make it attractive so that players do not have to travel abroad to become popular.

He urged the government to pass the history of football on by creating museums and halls of fame to appreciate Kenyan footballers.

How to break a tie in a football group matches 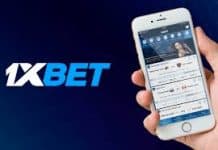 Reviewing the details of an online betting Uganda site 1xBet

All entertainments of the gambling world on bet site 1xBet

The tangled tale of the Copa América 2021

How to register on the platform and conduct the 22Bet login?

The story of the legendary United’s single club man

What is the Safety Car in Formula 1? 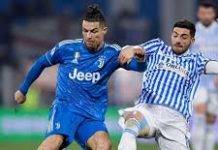 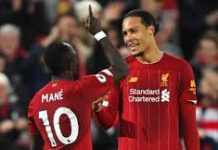 Live score matches today from all over the world

How to break a tie in a football group matches

List of all TSC services, how to get them, charges, waiting...